A few weeks ago, George Loewenstein came to Bonn for his first stay under the briq Visiting Professor Program. He interacted with local researchers and gave lectures on “The New New Economics of Information” and on “Thanking, Apologizing, Bragging, and Blaming: Responsibility Exchange Theory and the Currency of Communication”. We took this opportunity to talk with him about what drives people to seek and share information, how insights from behavioral economics can contribute to the study of inequality – and whether it’s okay for economists to do research on sex.

Professor Loewenstein, would you consider yourself more of an economist or a psychologist?

Psychologists view me as an economist, and I got my PhD in economics. I would say I use economic methodology to make sense of human psychology.

…but today all the top economics departments have behavioral economists on their faculty. And I think the Nobel Prize in Economics for Richard Thaler indicates that this is now a well-accepted discipline.

You were an early proponent of “nudging”, but in a New York Times op-ed you seem to find that this behavioral economics approach to policymaking has become somewhat overrated.

There are some nudges that are very effective, but they can really just be a complement to traditional economic policies. It worries me that nudges sometimes provide the false promise of quick fixes to economic problems.

Can you give an example?

Take the attempt to fight the obesity epidemic through calorie labeling, or to reduce electricity use by informing households how their energy bill compares to that of their neighbors. The standard economic approach – raising the price of junk food or fossil energy – would be a far more effective way to reduce consumption of unhealthy or socially damaging goods. But it would also be more politically painful.

One of your briq lectures was about the New New Economics of Information… What’s “old” about the “new”?

…which, as Akerlof pointed out, can lead to an unraveling of markets. But this second wave of economic research on information adhered to Stigler’s assumption that we value information only to the extent that it improves decisions. The new new economics of information should, in my view, drop this patently unrealistic assumption. People demand information for all sorts of reasons other than to improve the quality of their decisions, for example out of pure curiosity.

People demand information for all sorts of reasons other than to improve the quality of their decisions, for example out of pure curiosity.

That’s true. We also sometimes tend to avoid information that could be useful to us because we are afraid it could be too painful. For example, because people tend to avoid their own medical diagnosis, many don’t get palliative care even though they could have a much more pleasant final time on earth if they did. We have also studied parents of autistic children and found that it takes them longer to diagnose the problem because they are often blind to problems that are quite apparent to their friends, family members, and teachers.

What about the sharing of information?

This is one of the areas I’m most interested in. People share information for a variety of motives, including bragging (that is, to look good to other people), but also because they want to feel understood. I’m currently working on modeling these types of motivations mathematically. People also sometimes want to withhold information, which is the focus of privacy research. In much of the work that I have done on the topic, we find that people’s concern about privacy bears very little connection to the actual costs and benefits of sharing information in a particular situation.

Has the internet made things worse?

Much worse, I think. People feel free to say whatever they want on e-mail, even though e-mail leaves a permanent record. They are much less likely to say something directly to someone, even though this is a much safer, more private way to communicate. This is just one of the many ways that the internet leads us astray. 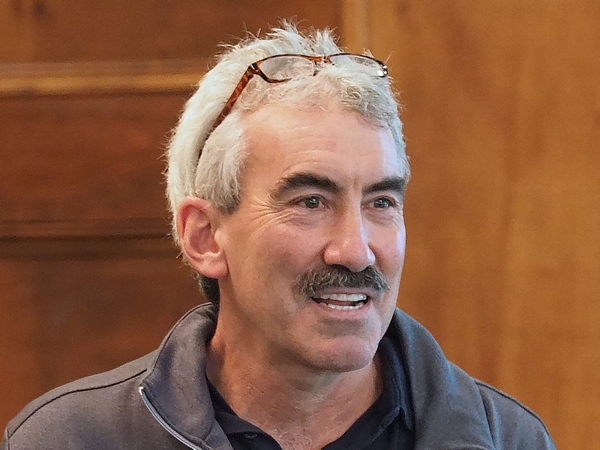 Right. Nobody has 2,000 friends, but with what are called “friends” on Facebook, people feel it’s okay to tell them about anything. When I was on Facebook for a while, I also had hundreds of “friends.” But when I posted a survey for my daughter’s science project, nobody responded. So I sent it out through my neighborhood listserv, and lots of people took the survey.

Although you have shown that excessive self-promotion (“bragging”) often backfires, may I ask what you would consider your most influential research?

One of my favorite papers is “The Red and the Black”. It’s about mental accounting – how the way we think about paying for something affects our spending habits. And I think what I’m probably best known for is the hot-cold empathy gap, which economists also call projection bias. It’s the idea that when you are in one emotional or drive state, it’s almost impossible to imagine how you would feel or behave when you are in a different state.

Along this line you have also done extensive research on sex. Isn’t it sometimes frowned upon when an economist writes about sex?

Actually, a colleague once tried to discourage me from doing research on sex because he was concerned that doing so would marginalize me. I hope he was wrong about this. It would be tragic if doing research on sex means you are not taken seriously, given what an important aspect of life sex is, and how profoundly it can affect well-being and even, I suspect, health.

Regarding privacy vs. transparency, there is an ongoing debate in Germany about whether people should be informed of their co-workers’ pay. Do you think that more pay transparency would reduce inequality?

No, it would probably increase inequality. All the top managers want to be in the top 25%. But it’s impossible for more than 25% to be in the top 25%. So, to achieve this impossible goal, they would keep raising and raising their salaries. This is not to say that I’m against informing people, although I do have several papers showing that transparency can backfire, for example when it comes to disclosing conflicts of interest.

People rank inequality high among a list of potential problems facing the nation, but when you ask them spontaneously, few people will mention inequality.

How do people react to inequality?

My research on social preferences shows that people hate coming out behind someone else, but they don’t really care much about doing better than someone else. Since it hurts the people who come out behind, but doesn’t help much the people who come out ahead, inequality is very costly in terms of well-being. Inequality also leads people to break the rules when they can’t figure out any other way to get out of the hole they are in.

What can behavioral economics contribute to reducing inequality?

I think that a lot of the ills that are plaguing the United States – like obesity, drug addiction, poor education, low rates of saving – have roots in inequality. People rank inequality high among a list of potential problems facing the nation, but when you ask them spontaneously, few people will mention inequality. I think one of the most important things that behavioral economics can do is make inequality more real to people and help them understand the true effects of different policies affecting inequality, such as the inheritance tax.

Thank you very much – for sharing this information and satisfying our curiosity!